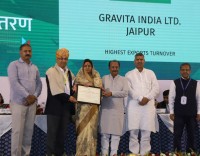 Gravita India Limited has been honoured with the “Rajasthan State Export Award” for highest export turnover in an event organized by Department of Industries and Commerce, Government of Rajasthan for selecting best companies of the state engaged in Export Activities.  The award was presented by Smt. Shakuntala Rawat, Hon’ble Minister of Industries Rajasthan, along with […]

Gravita has been awarded with Export Excellence Award in an event organized by “Rajasthan Chamber of Commerce and Industries (RCCI)” on 25th May 2022. The award was presented by Shri Ram Charan Bohra, Member of Loksabha, Dr. K.L. Jain, Secretary RCCI and other dignitaries. The excellence award is presented to recognize the exceptional contributions of […] 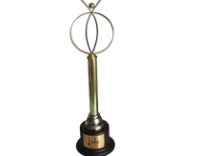